In recent years, the European Union has faced an ever-increasing combination of internal and external pressures that challenge not only its structure, but its identity as well. The accelerating threat of climate change, the growing uncertainty surrounding Brexit, the increasing ethnic differences and identity crises in the Balkans, Russia’s growing political clout, and many other developments worldwide call into question the merits of the EU’s characterization as a supranational organization. Additionally, these developments augment the necessity for the EU to define and strengthen what are often referred to as ‘European values’. Our policy center will research these issues over the course of this year.

In the first term, we will focus on re-evaluation of the EU’s resource allocation from its current approach of militarization of borders and securitization policy to the distribution of resources towards a more sustainable, developmental policy. Currently, the EU’s budget for securitization and surveillance is experiencing a dramatic increase in response to a ‘migration crisis’ fuelled by the Syrian refugee crisis and other developments across the Mediterranean. The European Commission has proposed to triple funding for migration and border management for the next long-term EU budget (covering 2021-2027). The EU’s immigration policies have been heavily criticized for prioritizing border controls over human rights and for cooperating with ‘third countries’ in externalizing border controls, regardless of these countries’ human rights records or respect for the principle of non-refoulement. Additionally, individual member states have experienced an increase in anti-globalization, nationalist policies; Germany’s ‘Duldung’ law, Italy’s Salvini, and Hungary’s border policies are several examples. We will explore the possibilities of more inclusive policies for the EU in order to not only fight Euroscepticism and right-wing nationalism, but also more effectively address the roots of issues that affect both individuals and society.

In the second term, we will shift the focus from the material structure of the European Union to how one defines European values, how identities shape European politics and how a post-Brexit European Union defines and unites itself. Important EU values have traditionally revolved around a commitment to upholding the terms of the Universal Declaration of Human Rights. As select EU member states gain political power, resentment against what are perceived to be ‘hollow ideals’ has grown, with improper implementation of rules under the Dublin and Schengen Agreements and unequal trade standards as pertinent examples. It is necessary to re-evaluate the role of EU institutions, such as the European Courts of Justice and the European Commission, in order to ensure a more effective and fairer implementation of existing rules. These factors are all linked to the expansion of the EU and its success as a ‘supranational’ organization.

We welcome and encourage debate on these issues and more within the scope of European policy and politics. If you want to contribute to our work through participation in policy papers or events, please do not hesitate to contact us at aanvi.tandon@kcl.ac.uk. We look forward to hearing from you! 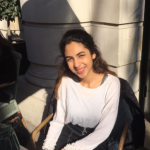 Hello! I’m a third year International Relations student, and I like to use the lens of politics to understand the world. My main areas of interest are the EU, migration and identity politics. 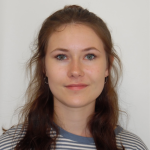 Hi! I’m a third year International Relations student! Being from the port town of Dover, I regularly witness how policy can be poorly implemented and received so am particularly interested in the conflicts between policy formulation and enactment.

I’m a final year French and German student and europhile. My range of interests is broad and includes EU integration, responses to climate change, and tackling social inequality.

Hello! I am a final year BA International Relations student from France and Switzerland. I am very interested in the leading role that the EU currently has and could have in climate change and migration global governance and how it impacts European identity.

I am a second year International Relations student at KCL and also a second year History student in Romania, where I actually come from. I want to contribute with my expertise in not so mainstream topics such as Eastern Europe that can add some value to the diversity of the topics we are approaching.

I am a second year International Relations student at KCL. I am interested in a broad number of topics including European nationalism, migration, climate change and human rights.

I am a third year History and International Relations student from Hong Kong. I am very interested in the history of European integration and the politics of Euroscepticism.