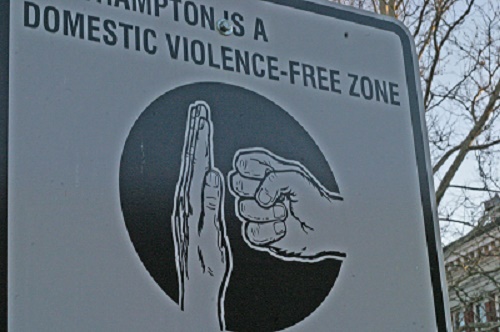 On Monday, February 23, the Law Policy Centre of King’s Think Tank hosted a panel discussion focused on ways to combat domestic violence in the UK, particularly through enhancing the enforcement of the existing legislation.

The discussion was given a start by Ms Mandip Ghai, a solicitor for the Rights of Women charitable organisation whose mission is to educate and empower women through confidential advice-lines on legal issues. Rights of Women receive calls from women who have been let down by the police and seek protection outside of the criminal justice system. Often their complaints have been disbelieved or not taken seriously by the responsible authorities. Those who did not experience physical violence find it particularly difficult to get a positive response. Moreover, the police often fail to show awareness of safety issues –they arrive at the family home after the call when the perpetrator is still there and question the victim. The other major challenge to victims who seek recourse from the criminal justice system is the prospect of giving evidence in court and being cross-examined in front of a jury and in the presence of the perpetrator. That is often considered a traumatic and humiliating experience for them.

The alternative to the criminal law route is the civil procedure under the Family Law Act 1996, which enables victims to apply for an injunction against the perpetrator forbidding him from communicating with the victim and from coming within a certain distance of her home. Protection orders are also an available remedy. The major problem with this route is that, unlike the criminal one, it is not provided for free and too many women are unable to afford legal representation. Nearly half of the abused women do not qualify for legal aid, so they have to either prepare all the documentation themselves, which is an extremely onerous task, or to give up on seeking recourse altogether.

The ineffectiveness of the legal system was equally condemned by the second speaker in the discussion – Ms Clare Laxton who is a campaigning specialist working for Women’s Aid. She observed that the crucial problem is the culture of misunderstanding and disbelief demonstrated by the responsible institutions as regards the victims of domestic violence. It was argued that the laws necessary for their protection are in place but police and judges fail to appreciate the impact of the problem so they react inadequately. The same points were reiterated by the other two speakers representing the Domestic Violence Youth Council – Ms Yvonne Dang and Ms Kelly Para, whose mission is to raise aware among young people on the issue of domestic abuse through projects aimed at inspiring them to take action. The speakers concluded that there is a real lack of awareness among the public and the responsible State organs about domestic violence.

All four speakers were unanimous as to the appropriate steps to be taken for the improvement of the existing system of protection. First and foremost, awareness needs to be raised both at the public and the institutional level about domestic abuse. That can be achieved through the provision of specialized training for those involved in the justice system, including police, judges and lawyers. The training does not have to focus on the relevant law – that would not go to the heart of the problem. It must be on the social dynamics and the impact of domestic violence. Far too often the institutions charged with the protection of victims of domestic violence show a complete lack of awareness about what the adequate measures in the given situations are. The short-lived restraint orders are completely ineffective and they can even exacerbate the problem. Moreover, reports on the Domestic Violence Perpetrator Programme demonstrate that it can only succeed in reeducating abusers if they last at least one or two years. The current scheme envisages only a few weeks of participation in the programme which is absolutely insufficient.

The obstacle to the introduction of the necessary changes is predominantly financial – money from the government needs to be allocated for the specific purpose of combating crime. Again that is only achievable if the public in general is more aware of the scale and impact of the problem so that they can influence their political representatives with regard to it.

The other glimmer of hope for the battered women is the Serious Crime Bill which is currently being debated in Parliament. It is meant to introduce a new offence capturing non-violent domestic abuse such as controlling behaviour and coercive control. The major issue with the Bill is the contemplated defence to be made available to defendants who can show genuine belief that their actions were in the best interests of the victim. In the opinion of the speakers, that would render the whole provision completely redundant, as such a belief is easily established in the majority of the cases. Again they reiterated that the problem is not at the level of legislation, but rather in the enforcement of the already existing laws. As an example, the recently introduced Genital Mutilation Act 2003 led to a total number of zero convictions, and only one prosecution took place. There are no data to suggest that the problem has become less widespread in recent years.

Last but not least, legal aid is a major issue. Even if the legal system was impeccable, that would not lead to improvement if the victims are not able to afford recourse to it. The envisaged cuts in legal aid can be opposed but a lot more public involvement is necessary to achieve that, which again boils down to the most fundamental problem in relation to domestic violence – the lack of awareness.

Anyone who might be interested in suggesting ways to address the pressing issue of domestic violence is strongly encouraged to email editor@kingsthinktank.org in order to receive more information and assistance in writing their policy recommendation.