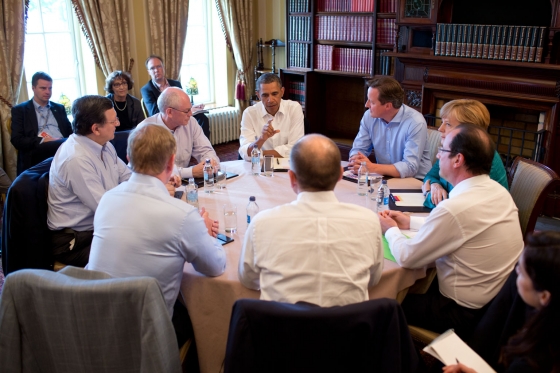 TTIP, or the Transatlantic Trade and Investment Partnership, is an agreement between the US and the EU that emphasizes the depreciation of tariffs and the assuagement of trade regulations. While the deal will promote market accessibility, it will have serious consequences for major trade sectors, including pharmaceuticals, energy, clothing, and finance.

Proponents of the deal, including David Cameron, argue that the partnership will revitalize the European Union’s collective economy as well as mitigate the UK’s financial difficulties. More specifically, the British government asserts that the plan will contribute £10 billion to the UK economy, £100 billion to the EU, and £80 billion to the US. Additionally, those in favor of the deal claim that it will create 2 million new jobs, incorporate small business into the integrated US-EU economy, and diminish the cost of imports.

In order to catalyze the creation of new jobs and the reduction of prices, TTIP will likely completely abolish tariffs between the two regions and synchronize methods for testing new products on the market. Because companies will not have to acclimate to several different standards, harmonized quality control will save the two regions both financial resources and time. All three major political parties in the UK support most components of TTIP, arguing that the deal will play an indispensable role in restoring Europe’s economy.

While the alleged results are astounding, the partnership has faced vehement opposition. Major concerns include safety, jobs, the NHS, and the infiltration of private foreign companies.  While products such as cosmetics, food, and clothing will be cheaper, citizens of the UK are concerned about the lower levels of quality control in the US. For example, many lipstick brands in the United States still contain lead because it is considered acceptable by American standards; furthermore, some American foods include significant amounts of preservatives.  The possibility of chemicals and additives permeating markets in the UK has caused heightened anxiety among the population. While the British government insists that it would never risk the safety of its citizens, the deal would inevitably result in the intermixing of US and UK standards.

Additionally, when a major trade deal takes place, the benefits are never distributed evenly.  Speculation in the EU is widespread regarding which national economies would benefit from the deal and which would be harmed; while employment opportunities would be created by TTIP, hundreds-of-thousands of jobs would also be lost during the implementation process. Finally, many are worried that the presence of foreign companies would threaten the public nature of the NHS.

Ultimately, TTIP will transform the economic partnership between the European Union and the United States, creating an integrated community of 800 million people. While economic and health provisions have caused this deal to progress at a torpid pace, geopolitical benefits have the potential to expedite and save this partnership. Europe and the United States have both been suffering from prolonged periods of economic stagnation, so successfully initiating the biggest trade deal in history would send a commanding message to nations around the world.

Quintessentially, this partnership is the best solution for the EU, but certain caveats may need to be included in order to ensure the support and the happiness of the general public. If negotiators were to highlight the NHS as a special exemption, it would ease the fears of many citizens and political figures; in fact, some exemptions have already been granted, such as one to the French film industry.  If this major political issue was excluded, I believe that the people of the UK would be more amenable to engaging in an influential trade deal with the US.  Despite potential negative outcomes, this deal will give the EU a chance to assert itself as a dominant competitor in the global economy.

The King’s Think Tank welcomes any policy recommendations on this partnership and the UK-EU relationship and will lobby them in the UK Parliament. Please contact editor@kingsthinktank.org to find out more.